If you hadn’t noticed…I’ve mentioned having iPod touches and iPads several times. No I didn’t buy them myself. During the spring of my first year teaching (2009-2010), my district created a “21st century learning” grant. All schools (over 30) were eligible to apply and 2 of the 4 high schools were to be awarded grants of $25,000. Our Instructional Technology Specialist at the time approached the world language department and said that she had some ideas. I was still pretty new, but I was already passionate about incorporating technology into my lessons. We applied for 50 32GB iPod touches (with cameras), 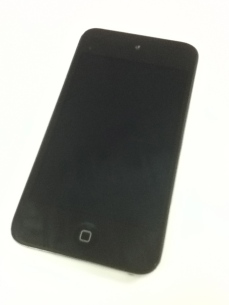 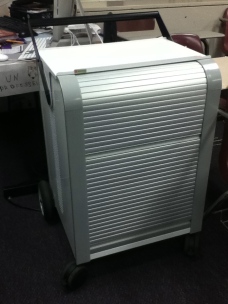 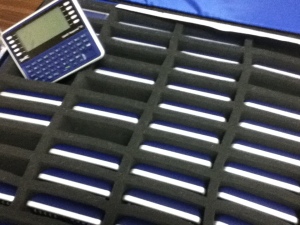 And then we waited…and waited. We found out in August that we were one of the 2 high schools to receive the grant 🙂 We were pretty excited! But then we had to wait some more to GET everything. Finally in November we were able to start working with the equipment. My new ITS did a lot of hard work to help us get organized. She named each iPod with a number. Then we labeled each of the iPods with the same number. 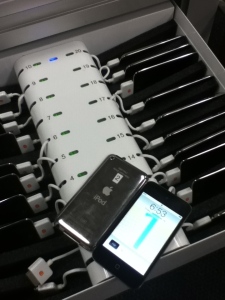 I worked with my French 2 students to make the backgrounds of each iPod the same number. We also labeled the slots in the carts with numbers. It’s good to be organized so that you know immediately if any iPods go missing (we haven’t had any disappear yet…knock on wood)!

When we wrote the grant, we hadn’t thought about what we would sync the iPods and iPads to…so my awesome ITS used part of her budget to buy us an iMac. The way the carts are set up, we can plug in one USB cord to the iMac and an entire drawer (20) of iPods are connected to the computer. 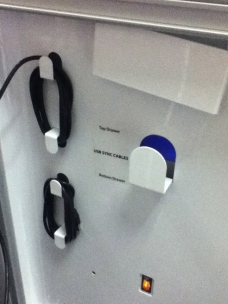 Unfortunately, we have to sync/update each one individually. It’s annoying when you have 50 iPods and 5 iPads, but it’s not horrible.

I’ve recently been enlightened by the SAMR and TPCK models of technology integration.

I now know that when we first received the iPods, I was at the substitution level. I probably sometimes still am. But after talking to my husband, we agreed that that’s not always a bad thing.

But anyway…back to last year! First thing I did was to make my students sign an iPod contract. Then I had my first semester French 1 students create flashcards and use random French apps to “study.” It didn’t go so well. Second semester fared a little better. I allowed my French 2 students to reseach apps and create proposals about which apps they would want to use and how we could use them in class. From this experiment, they used Urban Trip to create itineraries for summer trips to Paris. They also created “tutorial” videos about when to use imparfait and passé composé.

French 1 redeemed themselves with video projects about a visit to Paris.

At the end of the year, both levels created survival guide videos for this year’s classes.

I also started using the iPods to have students complete surveys, give feedback, leave “comments” on a blog post we discussed and evaluate partners.

This year I hope to be able to climb the SAMR ladder and do more activities and projects that include modification and redefinition. Unfortunately (for me), my ITS has been promoted and I won’t have as much support as last year. Hopefully someone just as innovative will be hired in her place!

View all posts by Lissa Layman

4 thoughts on “so what’s up with the iPods?”